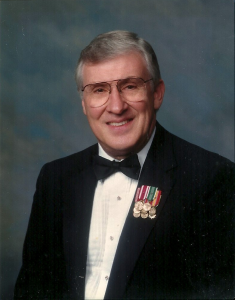 On May 5, 2013, my longtime partner Robert Ressler passed away. I will remember him as my gracious and knowledgeable partner, my wise and valued mentor, and most importantly—my treasured friend. I feel deeply honored and privileged to have known him.

It’s hard to believe that twenty-three years have passed since Bob retired as one of the legends of the FBI’s Behavioral Analysis Unit. Bob was a visionary who worked tirelessly to push the boundaries of his research into violent criminal behavior in order to understand the psychological and behavioral attributes of serial killers, mass murderers and other violent offenders. He had the foresight and research acumen to understand that there was much more that we as a society could learn from the most violent of offenders, the serial killer. In fact, Bob has been given credit for coining the term “serial killer” in its modern understanding.

His groundbreaking work and unique approach to understanding violent offenders have long paved the way for law enforcement agencies around the world to organize and develop their own profiling units.

Bob shared his knowledge through the publication of numerous articles and books, but perhaps most importantly, on a human level, his life’s work also helped soften the sharp edges of the traumatic wounds left behind in the lives of the families of so many men, women, and children who fell victim to these violent predators. Bob remains a hero, mentor, teacher, and problem solver to tens of thousands who have learned from his research and followed in his footsteps.

Despite his well-deserved reputation and fame, Bob always remained accessible to those who needed his assistance and he was always humble in providing it. Years down the line, when I look back on what I have accomplished, I hope that I will find that I have honored his legacy. The truth, however, is that his shoes are exceptionally large, and I doubt that anyone will ever be able to fill them.

What follows is a summary of Robert’s accolades and accomplishments in an obituary written by his daughter.

ROBERT K. RESSLER M.S. was a criminologist in private practice and the Director of Forensic Behavioral Services International, a Virginia based consulting company. Mr. Ressler was an expert in the area of violent criminal offenders, particularly in the area of serial and sexual homicide. He was a specialist in the area of criminology, behavioral analysis, crime scene analysis, homicide, sexual assaults, threat assessment, workplace violence, and hostage negotiation.

He was a twenty year veteran of the Federal Bureau of Investigation, serving sixteen years in the FBI’s Behavioral Science Unit as a Supervisory Special Agent and Criminologist, retiring in 1990. He innovated many of the programs which led to the formulation of the FBI’s National Center for the Analysis of Violent Crime. Mr. Ressler became the first Program Manager of the FBI’s Violent Criminal Apprehension Program (VICAP) in 1985.

In addition to having been an Instructor of Criminology while at the FBI Academy, his academic affiliations included Adjunct Faculty at the University of Virginia, Research Fellow at the University of Pennsylvania, Adjunct Assistant Professor at Michigan State University’s School of Criminal Justice and he was a Clinical Assistant Professor in Psychiatry in Georgetown University’s Program on Psychiatry and Law. He was a visiting instructor with the Department of Forensic Pathology at Dundee University, Dundee, Scotland.

He originated and directed the FBI’s first research program of violent criminal offenders, interviewing and collecting data on 36 serial and sexual killers resulting in two text books, Sexual Homicide: Patterns and Motives (1988) now in its 3rd edition and the Crime Classification Manual (1992) which was published in its 3rd edition in 2013. He also coauthored his autobiography, Whoever Fights Monsters (1992), Justice is Served (1994), and I Have Lived In The Monster (1997). He has been credited with coining the term “serial killer”. Mr. Ressler’s books and real life experiences have been the inspiration for many books authored by Mary Higgins Clark and other authors and the films, Red Dragon, Silence of the Lambs,Copycat, and The X Files.

He had lectured at and been a consultant to law enforcement agencies, universities, writers, television networks, and corporations in the U.S. and abroad. He appeared on many major television and radio networks and has been featured in numerous printed media articles in major newspapers and magazines, worldwide.

Mr. Ressler served ten years with the U.S. Army and was active duty during the Vietnam era. He served in the military police and as an investigator with the Army Criminal Investigation Division Command Headquarters in Washington D.C. He retired at the rank of Colonel with 35 years of distinguished service.